Eddie Balcerzak, former pro cyclist and coach for the Polish National Team, grew up under socialist oppression, and his dream was to have his own bike shop in America, the land of freedom and where dreams come true.  When Eddie also served as a team member for the U.S. Olympic Track Cycling Team, the realization of his dream became more evident. With the help of his wife, Eddie's dream became a reality and the result was South Lake Cycles.  Besides their love for cycling, Eddie and his wife Susan have four children and three grandchildren.  Eddie and Susan committed many years ago to care for Susan's 93-year-old mother who has Alzheimer's.  As Eddie says, "You only have one mother."   Life most days is challenging, but God's blessings are always evident.  Update:  Susan's mother passed away peacefully on March 13, 2020 at the age of 94.  We were blessed to be able to take care of her and miss her very much. 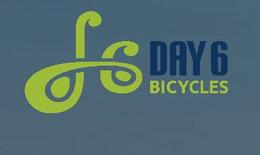 At South Lake Cycles, we specialize in outstanding service. Our customers come first. Your bike will also be treated like our own, and you won't have to wait a week to get it back.  Most bikes are ready within 24 hours.

We also specialize in fit services. Eddie "B" will not only make sure you are on the right size bike when you leave South Lake Cycles, but you can also schedule a professional fitting with him for optimum performance.

If you want to get serious about road cycling or racing, Eddie also offers coaching services.

Susan, Eddie and grandson, Landon (the

matching stripes were not intentional

(see the guy in the background too! Weird) 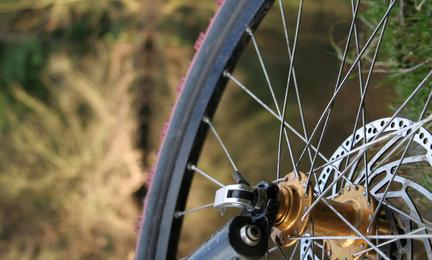 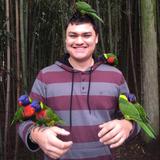 Jeremy Cutler, South Lake Cycles' favorite mechanic, moved to South Carolina from New York in 2013, after working for many years at Metro Bikes in New York City.  Jeremy knows more about bikes than most mechanics we have seen, and has amazing overall mechanical and technical knowledge in general.  He is attending the University of South Carolina for a career in aerospace engineering, but his love for cycling is very apparent when you meet him in the shop. He may not have "southern charm" but you can always count on him to tell you the truth and take care of you.  Customers frequently ask if Jeremy is the son of Susan and Eddie because of their interaction, and Susan and Eddie verify that they love him like a son.  Jeremy lost both of his parents to cancer, but his outlook remains one for which they would be very proud.